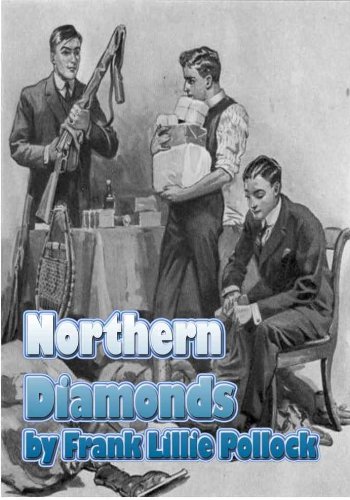 Description:
Next morning they awoke from uneasy slumbers to find the train rushing through a desolate landscape of snowy spruces. Through the frosted double glass of the windows the morning looked clear and cold, but they were relieved to see that there was only a little snow on the ground, and glimpses of rivers and lakes showed clear, shining ice.

The Strength of the Pines
by Edison Marshall - Little, Brown, and Company
Before the gray of dawn came over the land Bruce Duncan had started westward. He had no self-amazement at the lightning decision. He was only strangely and deeply exultant. The reasons why went too deep within him to be easily seen...
(6658 views)

Treasure of Kings
by Charles Gilson - Boy's Own Paper
Eagerly, with hands that trembled somewhat, I studied the map. It will be remembered that the portion had been torn across the place where was marked the Temple of Cahazaxa. Upon the fragment that had come into my hands by so strange a chance...
(7096 views)

A Yankee Flier with the R.A.F.
by Al Avery - Grosset & Dunlap
Here he was, really a fugitive from his distant homeland, standing in the Royal Air Force mess while outside the closely curtained windows all of London lay under an inky blackout, listening and waiting for the whine of the bombers.
(6912 views)

The Man Who Lost Himself
by Henry de Vere Stacpoole - John Lane Co.
John Evans encounters his look alike, Malcolm Scott. When Scott is killed in an accident, Evans finds himself mistaken for Scott and decides to do some good in his new role... A novel with twists, turns, mystery and a sense of adventure.
(5635 views)