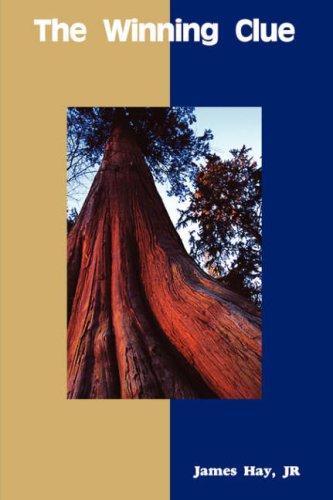 The Winning Clue
by James Hay

Description:
When a woman's voice, pitched to the high note of utter terror, rang out on the late morning quiet of Manniston Road, Lawrence Bristow looked up from his newspaper quickly but vaguely, as if he doubted his own ears. He was reading an account of a murder committed in Waukesha, Wisconsin, and the shrieks he had just heard fitted in so well with the paragraph then before his eyes that his imagination might have been playing him tricks.

The Case of the Lamp That Went Out
by Auguste Groner - Project Gutenberg
Joseph Muller, Secret Service detective of the Imperial Austrian police, is one of the great experts in his profession. In personality he differs greatly from other famous detectives. He has not the impressive authority of Sherlock Holmes ...
(5722 views)

Yellow Eyes
by Sonya Lee - Smashwords
Katrina is awakened by noises in her apartment. She barely escapes before her apartment goes up in flames. When the fire departments arrive, they find a grizzly discovery. Now Katrina is on the run, trying to stay one step ahead of her stalker.
(7029 views)

The Middle Temple Murder
by J.S. Fletcher - A.A. Knopf
A good mystery by J.S. Fletcher, written in early 20th century style. The body of a man is found on the steps to Middle Temple Lane near London's courts of law, and a journalist and a young lawyer are drawn into the ensuing investigation.
(7430 views)

Trent's Last Case
by E. C. Bentley - Project Gutenberg
The author tells the story of thoroughly unpleasant American millionaire Sigsbee Manderson, who is shot. Painter and journalist Philip Trent is asked to cover the story, and the challenge to solve the murder is too much to resist.
(9013 views)