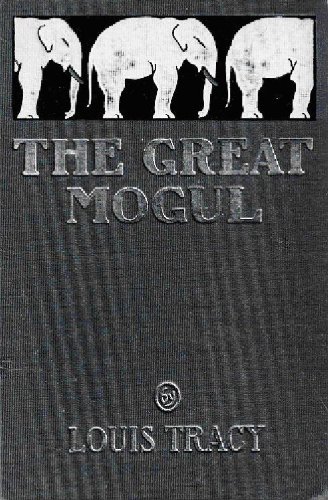 The Great Mogul
by Louis Tracy

Description:
Sir Thomas Cave, of Stanford in Northamptonshire, a worthy Knight who held his wisdom of greater repute at court than did his royal Master, was led by the glamour of a fine summer’s afternoon in the year 1608 to fulfil a long-deferred promise to his daughter. This classic story of an Englishman's time in exotic colonial India includes illustrations and an active table of contents for easy naviagation.

The Late Tenant
by Louis Tracy - ManyBooks
London has a stony heart with wooden arteries, through which the stream of life rushes noisily. To ears tuned by the far-flung silence of the prairie this din of traffic was thunderous. A clear sky overhead and a sun sinking slowly ...
(4956 views)

The Bartlett Mystery
by Louis Tracy - E.J. Clode
When Ronald Tower, one of New York's wealthy elite, is pulled into the river, it at first seems to be a simple case of robbery gone wrong. But as the case unfolds it proves to involve blackmail and political intrigue at the highest levels...
(4424 views)

A Mysterious Disappearance
by Louis Tracy - Project Gutenberg
Lady Dyke was a strong-minded woman. There was no trace of doubt in the wrinkled brows and reflective eyes. She held back the curtains with her left hand, buttoning a glove at the wrist with the other. Fog or no fog, she would venture forth...
(6161 views)