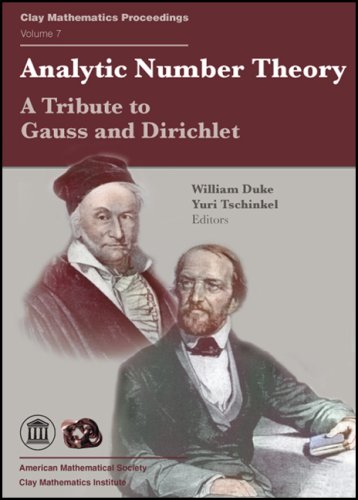 Description:
The volume begins with a definitive summary of the life and work of Dirichlet and continues with thirteen papers by leading experts on research topics of current interest in number theory that were directly influenced by Gauss and Dirichlet.

Lectures on The Riemann Zeta-Function
by K. Chandrasekharan - Tata Institute of Fundamental Research
These notes provide an intorduction to the theory of the Riemann Zeta-function for students who might later want to do research on the subject. The Prime Number Theorem, Hardy's theorem, and Hamburger's theorem are the principal results proved here.
(10114 views)

Lectures on Sieve Methods
by H.E. Richert - Tata Institute of Fundamental Research
The aim of this text is to provide an introduction to modern sieve methods, i.e. to various forms of both the large sieve (part I of the book) and the small sieve (part II), as well as their interconnections and applications.
(7207 views)