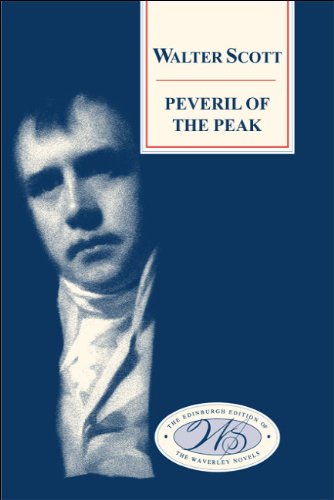 Peveril of the Peak
by Walter Scott

Description:
Set against the backdrop of the Popish Plot to overturn Charles II, Peveril of the Peak explores the on-going tensions between Cavalier and Puritan loyalties during the fraught years of Restoration England. Ranging from Derbyshire to the Isle of Man and culminating in London it is a novel which interweaves political intrigue, personal responsibilities and the ways in which the forces of history are played out in the struggles of individual human lives.

Rob Roy
by Walter Scott - Estes And Lauriat
This novel helped establish the historical novel as a literary form. In rich prose and vivid description, author follows the adventures of Frank Osbaldistone, who is sent to Scotland and finds himself drawn to the powerful figure of Rob Roy.
(8433 views)

Ivanhoe
by Sir Walter Scott - A. C. McClurg & co
Chivalric novel, skillful blend of historic reality, high adventure and chivalric romance in Medieval England. Ivanhoe returns from the Crusades and defendedst Rebecca against a charge of witchcraft, but Lady Rowena is his true love.
(14608 views)

Waverley
by Sir Walter Scott - Estes and Lauriat
Sir Walter Scott's first book is an 1814 historical novel, which was an astonishing success at the time. The text is an attempt at describing the Scottish landscape and the features of life during the Jacobite Rebellion of 1745.
(14064 views)

Redgauntlet
by Walter Scott
Scott's 1824 Redgauntlet is the final novel in his series about the doomed Jacobite cause. This warm and wonderfully relaxed novel celebrating, among other things, friendship, is also a penetrating psychological study of attachment to a lost cause.
(6977 views)