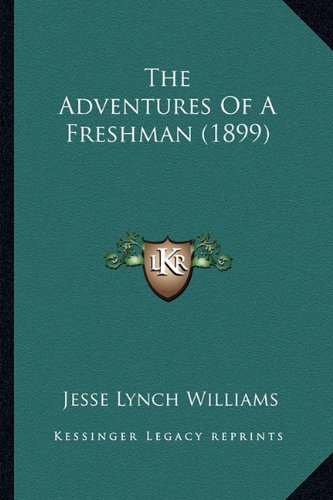 The Adventures of a Freshman
by Jesse Lynch Williams

Description:
The first day at college: Hi, there! you big Freshman, take off your hat -- yes, we're talking to you -- take off your hat to the class above you -- stop, don't try to get by, my sober-faced young friend. That would not be nice of you.

The Cynic's Rules of Conduct
by Chester Field Jr. - Henry Altemus Company
'There is only one worse break than asking a woman her age: it is looking incredulous when she tells it.' 'If you would have a serene old age never woo a girl who keeps a diary.' 'A chef is a cook who gets a salary instead of wages.'
(10736 views)

Bagels, Barry Bonds, and Rotten Politicians
by Burton S. Blumert - Ludwig von Mises Institute
Burton Blumert is an entrepreneur who knows not only all that there is to know about precious metals but also about politics and economics. He offers his wide-ranging insights in this funny, charming, and also learned collection of essays.
(17960 views)

The Diary of a Nobody
by George Grossmith, Weedon Grossmith - A. A. Knopf
The diary of a clerk in London, an old fashioned humourous book. It documents in hilarious detail the everyday life of the lower middle class during the Great Victorian age. A classic masterpiece with some nice subtle humor.
(14787 views)

A Plague of Hearts
by Patrick Whittaker - BookRix
On an otherwise normal day in Wonderland, the Knave of Hearts is arrested by the secret police. Outraged by what he believes to be an injustice, his valet, the March Hare, sets out to free him. Along the way he attends a mad tea party ...
(6901 views)