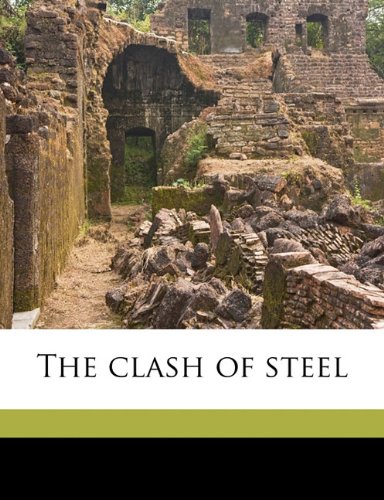 The Clash of Steel
by Carl Reutti Mason

Description:
Like the evening star, slowly mounting its zenith at the evening twilight, rose Napoleon's fortune, for awhile it set, sparkled and flashed, then slowly it began to pale behind the ominous clouds which long had been gathering on the horizon. The star of his greatness began its being when he married the widow of M. Beauharnais and turned back the horoscope of time so as to escape the laughter of his friends.

The Provost
by John Galt - T.N. Foulis
The Provost consists of the historical views of 18th century. Galt describes various interesting affairs in which the Provost is personally engaged during his magisterial life. This is truly engrossing book, heralded as author's true masterpiece.
(10180 views)

Uncle Tom's Cabin
by Harriet Beecher Stowe - Project Gutenberg
The moving abolitionist novel that fueled the fire of the human rights debate in 1852 and melodramatically condemned the institution of slavery through such powerfully realized characters as Tom, Eliza, Topsy, Eva, and Simon Legree.
(13379 views)

For King and Country
by Oliver Ma - Smashwords
Told from the eyes of Charles Stuart, the Prince of Wales, For King and Country tells a story of England during the English Civil War (1642 - 1651). Can Charles help his father the king to remain on the Throne of England?
(5412 views)

Forward, Children!
by Paul Alexander Bartlett - My Friend Publisher
Forward, Children! is a gripping anti-war novel. It brings vividly back to life the experience of WWII tank warfare as it was fought and endured by soldiers in the tank corps. The novel is also a story of love in French Ermenonville ...
(7952 views)