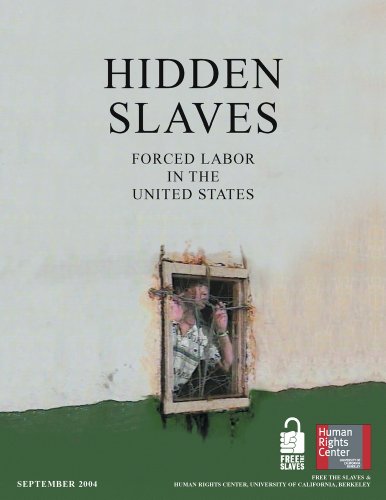 Description:
Forced labor is a serious and pervasive problem in the United States. At any given time ten thousand or more people work as forced laborers in scores of cities and towns across the country. Because forced labor is hidden, inhumane, widespread, and criminal, sustained and coordinated efforts by U.S. law enforcement, social service providers, and the general public are needed to expose and eradicate this illicit trade.

Tortured Justice: Using Coerced Evidence to Prosecute Terrorist Suspects
by Deborah Colson, Avi Cover - Human Rights First
The book finds the Bush Administration has undercut its own intended use of the military commission system at Guantanamo Bay by allowing the admission of coerced evidence. The report focuses on six prisoners who have alleged abuse while in custody.
(6632 views)

Discrimination at Work: Comparing European, French, and American Law
by Marie Mercat-Bruns - University of California Press
Powerful and incisive, the book examines issues such as racial and religious bias, sexual harassment, gender discrimination, and equality for LGBT individuals, highlighting comparisons that will further discussions on human rights across borders.
(3061 views)

Freedom of Information
by Toby Mendel - UNESCO
This book makes a significant contribution to the existing literature on freedom of information. It will be a valuable resource to the many people all over the world who wish to promote effective legal guarantees for the right to information.
(11825 views)

Enemies of All Humankind: Fictions of Legitimate Violence
by Sonja Schillings - Dartmouth College Press
The book draws attention to a century-old narrative pattern that not only underlies the legal category of enemies of the state, but more generally informs interpretations of imperial expansion, and protest against government-sponsored oppression.
(2535 views)