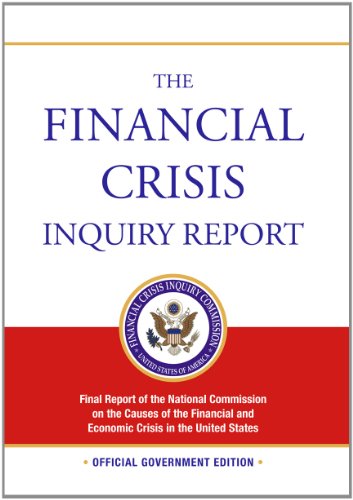 Description:
The Financial Crisis Inquiry Commission was created to examine the causes of the current financial and economic crisis in the United States. In this report, the Commission presents to the President, the Congress, and the American people the results of its examination and its conclusions as to the causes of the crisis.

Control or Economic Law
by Eugen von Böhm-Bawerk - Ludwig von Mises Institute
Gets to the heart of the matter regarding the application of economics to politics. Either we let economic law run its course, or we destroy prosperity. We must defer to economic law or we make matters worse by attempting to control society.
(6300 views)

Case for Legalizing Capitalism
by Kel Kelly - Ludwig von Mises Institute
What's the American system of economics? Most people would say it is capitalism, which thereby deserves all fault when anything goes wrong. Kel Kelly responds to this myth in this comprehensive treatment of the free market and intervention.
(6813 views)

Global Imbalances and the Collapse of Globalised Finance
by Anton Brender, Florence Pisani - Centre for European Policy Studies
The world economy is recovering from the most disastrous episode in the history of globalization. The authors argue that the main problems were deeply rooted and are to be found in two developments that for many years were left uncontrolled.
(12394 views)

Aftershocks: Economic Crisis and Institutional Choice
by A. Hemerijck, B. Knapen, E. van Doorne (eds.) - Amsterdam University Press
The book contains essays based on interviews with leading scholars, politicians and representatives from the world of business. They reflect on the origins of the crisis as well as the possible economic and political transformations it may engender.
(5214 views)