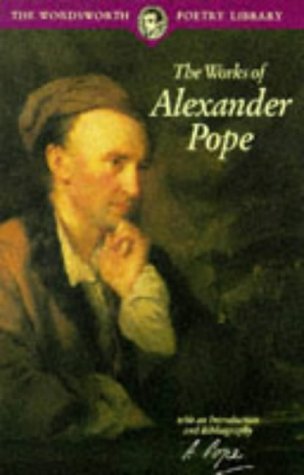 Description:
This volume comprises the works of Alexander Pope. It includes The Rape of the Lock, The Dunciad as well as several epitaphs, essays and epistles. It also contains poems that Pope wrote in his youth, which imitate the styles of several well-known poets.

Poetry's Afterlife: Verse in the Digital Age
by Kevin Stein - University of Michigan Press
The essays of this volume blend memoir, scholarship, and personal essay to survey the current poetry scene, trace how we arrived here, and suggest where poetry is headed in our increasingly digital culture. Poetry's spirited afterlife has come ...
(7851 views)

The Kalevala
by Elias Lönnrot - Sacred Texts
The Kalevala is a book and epic poem compiled from Finnish and Karelian folklore in the nineteenth century. It is held to be the national epic of Finland and is traditionally thought of as one of the most significant works of Finnish literature.
(13400 views)

The Raven
by Edgar Allan Poe
The Raven is a narrative poem by Edgar Allan Poe. It is often noted for its musicality, stylized language, and supernatural atmosphere. It tells of a talking raven's mysterious visit to a distraught lover, tracing the man's slow descent into madness.
(10155 views)