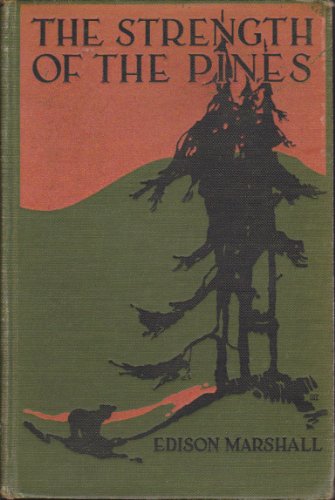 The Strength of the Pines
by Edison Marshall

Description:
Before the gray of dawn came over the land Bruce Duncan had started westward. He had no self-amazement at the lightning decision. He was only strangely and deeply exultant. The reasons why went too deep within him to be easily seen. In the first place, it was adventure...

Doctor Syn: A Smuggler Tale of the Romney Marsh
by Russell Thorndyke - Doubleday, Page & Company
Posing as a respectable vicar in Dymchurch in 18th century, Dr. Syn is actually the retired pirate Captain Clegg. Clegg, believed hanged in Rye, is no longer being sought by the authorities. However, country life proves too tame for Syn.
(11704 views)

Robbery Under Arms
by Rolf Boldrewood
A story of life and adventure in the bush and in the goldfields of Australia. The book deals with the classic idea of an honest man driven to crime and the suffering it brings him. It is also full of the adventure and excitement that comes along.
(7161 views)

The Fearsome Island
by Albert Kinross - Herbert S. Stone & Company
A narrative of Silas Fordred, master mariner of Hythe whose shipwreck and subsequent adventures are herein set forth. Also an appendix accounting for the seeming marvels that Silas Fordred encountered during his sojourn on a fearsome island.
(6925 views)

Saglek
by John Michaelson - Smashwords
In 1969 Lt. Michael Robinson was assigned to Saglek Air Force Station, an arctic outpost perched above the waters of Atlantic. Subjected to extraordinarily severe conditions he began a personal journey of revelation. Based on a true story.
(6266 views)