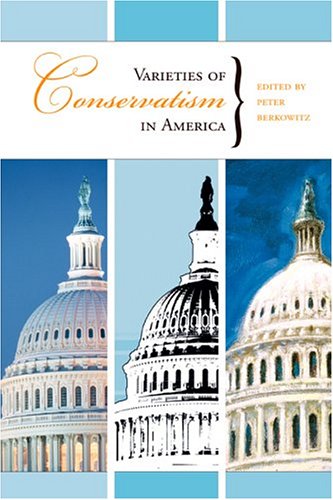 Varieties of Conservatism in America
by Peter Berkowitz

Description:
The distinctive group of professional contributors examine the questions that divide conservatives today and reveal the variety of answer put forward by classical conservatives, libertarians, and neoconservatives. They each bring a distinctive voice to bear, reinforcing that conservatism in America represents a family of opinions and ideas rather than a rigid doctrine or set creed.

Understanding the Constitution
by Dennis AuBuchon - AuBuchon Books, Articles and Services
This book provides information about each article and amendment to the Constitution in a way that the reader understands the requirements in relation to issues of the day. Examples of decisions are provided in relation to the article being discussed.
(6241 views)

21st Century American Government and Politics
by David Paletz, Diana Owen, Timothy Cook
The text is a comprehensive introduction to the vital subject of American government and politics. It introduces the intricacies of the Constitution, the complexities of federalism, the meanings of civil liberties and the conflicts over civil rights.
(2222 views)

Who Will Be the Next President?
by Alexander S. Belenky - Springer
This book addresses the peculiarities of the current presidential election system. It argues that any rules for electing a President that may replace the current ones should provide an equal representation of states as equal members of the Union ...
(1828 views)