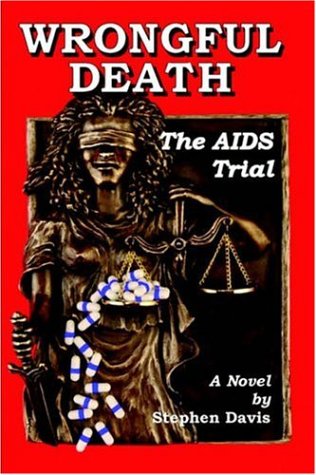 Description:
This is a work of fiction based on fact: the true story behind the government lies and incompetence, gross medical malpractice, and unbridled greed by a drug company that caused our American AIDS epidemic and cost 300,000 lives in just ten years.

Dolly
by Quelli di ZEd - Smashwords
Dolly is a noir novel sets in Genoa. The detective Esposito is a problematic police officer from the great professional dowries but affection from a serious illness that prevents him from living his own life and his own career in satisfactory way.
(5438 views)

The Gold Comfit Box
by Valentine Williams - ManyBooks
About a dozen dead and injured had been extracted from the wreck, but they had no names as yet. I called the railway station and the ministry of Railways with no better result. There was nothing for it -- it would have to be a car.
(7687 views)

Bold-Faced Lie
by Tracy Gilpin - Smashwords
When a controversial activist is killed in a burglary, Dunai Marks's gut tells her this death was no accident. To uncover the truth she goes head-to-head with a powerful underground organisation and an intelligence agency hell-bent on destroying it.
(5305 views)

The Five Arrows
by Allan Chase - ManyBooks
A story of high intrigue in South America, with the future of democracy on the continent the stake. The bombing of Pearl Harbor was still very much a topic of conversation; the submarine nets in the bay were joked about at the dinner table.
(6556 views)