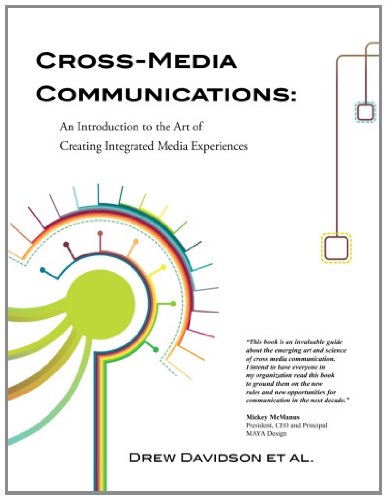 Description:
This text is an introduction to the future of mass media and mass communications - cross-media communications. Cross-media is explained through the presentation and analysis of contemporary examples and project-based tutorials in cross-media development.

Mobile Screens: The Visual Regime of Navigation
by Nanna Verhoeff - Amsterdam University Press
This book is a must for anybody interested in visual culture and media theory. It offers a theoretical account of the central dimension of our contemporary existence -- interfacing and navigating data and physical world through a variety of screens.
(2248 views)

Performing the Digital
by T. Beyes, M. Leeker, I. Schipper - De Gruyter Open
The contributions engage with the implications of digital media and its networked infrastructures for modulations of affect and the body, for performing cities, protest, organization and markets, and for the performativity of critique.
(1588 views)

Audiovisions : Cinema and Television as Entr'actes in History
by Siegfried Zielinski - Amsterdam University Press
The book reconstructs the genesis of cinema and television as historically relative cultural forms, focussing on the interaction between the apparatus and its uses. It is also a plea for 'staying power' in studies of cultural technology of film.
(3562 views)

Media and Participation: A site of ideological-democratic struggle
by Nico Carpentier - Intellect Ltd
This book looks at participation as a structurally unstable concept and as the object of a political struggle that makes it oscillate between minimalist and maximalist versions. This struggle is analysed in theoretical reflections in five fields.
(2881 views)