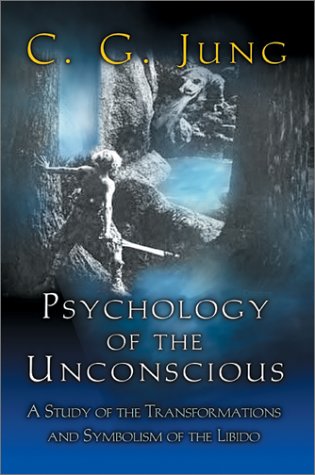 Psychology of the Unconscious
by C. G. Jung

Description:
Breaking from Freud by allowing for nonsexual psychic forces driving the libido, Carl Jung made a more lasting name for himself than did his mentor. Psychology of the Unconscious is a prodigious leap away from Freud's dictatorial constraints, exploring the mythic aspects of our interior lives in exquisite detail. While he sometimes sacrifices readability for erudition, this is no failing for the interested student, who strives to follow Jung as he moves from Norse mythology to Shakespeare to Sanskrit etymology quickly but seamlessly.

Freud and the Scientific Method
by Paul Rosenfels - Ninth St Center
Freud was a towering literary figure, a communicator who raised the consciousness of the civilized world in psychological matters. Now it is up to others to make something substantial out of the opportunity thus afforded by his pioneering zeal.
(13013 views)

Analytical Psychology
by C.G. Jung - Moffat, Yard and Co.
Analytical psychology (or Jungian psychology) is the school of psychology originating from the ideas of Swiss psychiatrist Carl Jung. Its aim is wholeness through the integration of unconscious forces and motivations underlying human behavior.
(15993 views)

Psychopathology of Everyday Life
by Sigmund Freud - York University
While tracing back the abnormal to the normal state, professor Freud found how faint the line of demarcation was between the normal and neurotic person, and that the psychopathologic mechanisms could be demonstrated in normal persons also.
(13778 views)

The Theory of Psychoanalysis
by C. G. Jung
In these lectures Jung attempted to reconcile his practical experiences in psychoanalysis with the existing theory, or rather, with the approaches to such a theory. Some concepts are introduced which came to distinguish Jung's work from Freud's.
(7696 views)