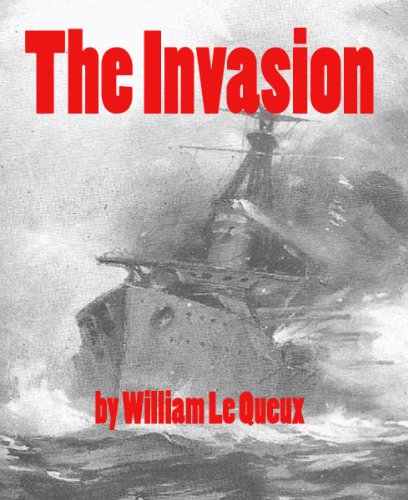 The Invasion
by William Le Queux

Description:
The object of this book is to illustrate our utter unpreparedness for war from a military standpoint; to show how, under certain conditions which may easily occur, England can be successfully invaded by Germany; and to present a picture of the ruin which must inevitably fall upon us on the evening of that not far-distant day.

Napoleon and the Queen of Prussia
by L. Muhlbach - Project Gutenberg
Profound silence reigned in the valleys and gorges of Jena and Auerstadt. The battles were over. The victorious French had marched to Jena to repose for a few days, while the defeated Prussians had fled to Weimar, or were wandering across the fields.
(7176 views)

War
by Pierre Loti - J. B. Lippincott Company
One evening a train full of Belgian refugees had just entered the railway station of one of our southern towns. Worn out and dazed, the poor martyrs stepped down slowly, one by one, on to the platform where Frenchmen were waiting to welcome them.
(7510 views)