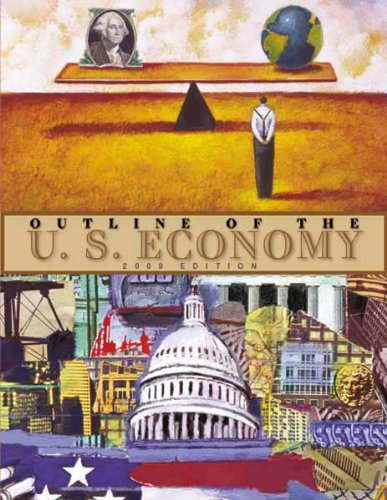 Outline of the U.S. Economy
by Peter Behr

Description:
The financial crash of 2008 brought a sudden, traumatic halt to a quarter-century of U.S.-led global economic growth. The U.S. economy of the 21st century little resembles that of the 18th century, but acceptance of change and embrace of competition remain unchanged.

Privatization of Roads and Highways
by Walter Block - Ludwig von Mises Institute
This treatise on private roads will cause you to rethink the way modern transportation networks operate. It shows how free-market economic theory is the clarifying lens through which to see the alternative that is consistent with human liberty.
(13995 views)

Case for Legalizing Capitalism
by Kel Kelly - Ludwig von Mises Institute
What's the American system of economics? Most people would say it is capitalism, which thereby deserves all fault when anything goes wrong. Kel Kelly responds to this myth in this comprehensive treatment of the free market and intervention.
(7575 views)

Aftershocks: Economic Crisis and Institutional Choice
by A. Hemerijck, B. Knapen, E. van Doorne (eds.) - Amsterdam University Press
The book contains essays based on interviews with leading scholars, politicians and representatives from the world of business. They reflect on the origins of the crisis as well as the possible economic and political transformations it may engender.
(6330 views)