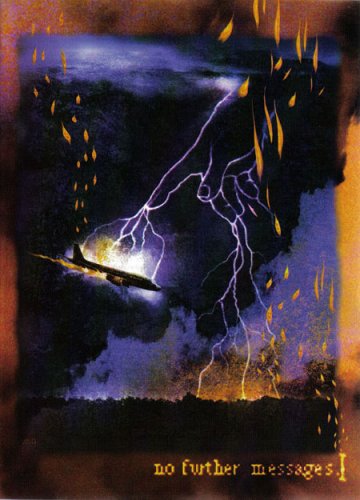 No Further Messages
by Brett Savory

Description:
No Further Messages comprises 21 hard-hitting horror short stories. The subjects are not supernatural but deal instead with the more worldly evils of murder, violence, insanity, and torture. Some readers may be upset by the extreme violence in some of the stories.

The Blood That Bonds
by Christopher Buecheler - iiamtrilogy.com
Not your every day vampire tale! Two is trapped: hooked on heroin, held as property, forced to sell her body to feed the addiction. Time brings her ever closer to what seems an inevitable death and Two waits, longing only for the next fix ...
(7697 views)

Butcher Bird
by Richard Kadrey - Night Shade Books
Spyder Lee is a happy man who owns a tattoo shop. One night a demon tries to bite his head off before he’s saved by a stranger. The demon infected Spyder so that he can suddenly see the world as it really is: full of angels, demons and monsters.
(14788 views)

The Undying Monster: A Tale of the Fifth Dimension
by Jessie Douglas Kerruish - Heath Cranton Limited
For generations, the Hammand family has lived under the shadow of a deadly curse. It will sleep for a time, only to burst into deadly life; it will leave its victims with such terrible, unspeakable memories that they go mad with the knowledge of it.
(5974 views)