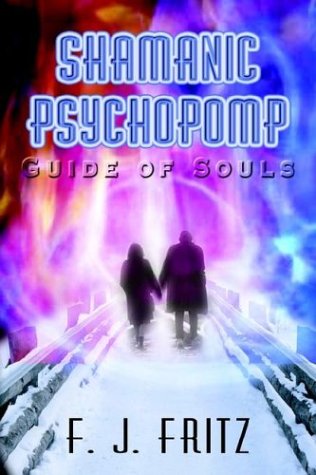 Description:
Presented in an effort to provide the seasoned practitioner familiar with the basic concepts of shamanism with a guide, I provide first hand accounts to assist the reader with examples of how to accomplish the sacred task of psychopomp. Additionally, I explore why some spirits are unable to complete the crossing and how the shamanic practitioner deals with the trauma entailed in performing the role of psychopomp.

No Sense of Obligation: Science and Religion in an Impersonal Universe
by Matt Young - FirstBooks Library
A tour de force of science and religion, reason and faith, denoting in clear and unmistakable language and rhetoric what science really reveals about the cosmos, the world, and ourselves. Challenge to the believer and the nonbeliever alike.
(6149 views)

Studies of the Gods in Greece at Certain Sanctuaries Recently Excavated
by Louis Dyer - MacMillan
Eight lectures given in 1890 at the Lowell Institute: introduction; Demeter at Eleusis and Cnidus; Dionysus in Thrace and Old Attica; Dionysus at Athens; gods at Eleusis; Aesculapius at Epidaurus and Athens; Aphrodite at Paphos; Apollo at Delos.
(13329 views)

Love Letters
by Eberhard Arnold, Emmy von Hollander - The Plough Publishing House
Everyone's looking for true love, but few people seem willing to work at making it last. With separation and divorce so commonplace that most people see them as inevitable, it seems the very idea of marital commitment is fast becoming a foreign one.
(10377 views)

People Who Don't Know They're Dead
by Gary Leon Hill - Booktrope
Gary Leon Hill tells a story of how his uncle and aunt came to counsel dead spirits who took up residence in bodies that didn't belong to them. Hill elucidates much of what we know about life, death, consciousness, and the meaning of the universe.
(8795 views)