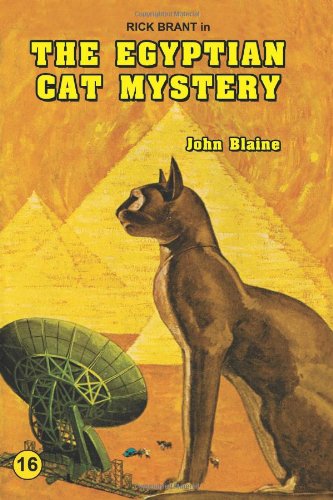 Description:
In Chicago, a man speaks into the telephone: 'The cat is ready!' With these four words a chain of harrowing events is set into motion which involves Rick Brant and his pal Don Scott in ten days of danger, intrigue, and suspense.

Sorrento Beach
by David Grote - Smashwords
Plot twists galore, unforgettable characters, suspense, and humor. This story has it all. And it all comes together in the summer of 1977 at Southern California's volleyball paradise, Sorrento Beach. A great summer read for anyone ...
(6977 views)

Watching For The Green Flash
by R.T. Hamilton Brown - Smashwords
This novel is a mystery with subtle overtones of humor. A wee bit of a road trip, and a totally wild and crazy read. Recommended for anyone who hates complicated stories that require a score card to keep track of all the players.
(5067 views)

Six Seconds of Darkness
by Octavus Roy Cohen - ManyBooks
Energetic sleuth David Carroll, whose probe into police corruption has made him unpopular at headquarters, is put in charge of an investigation into the murder of civic reformer Edward Hamilton - and the three people trying to confess to the crime!
(6509 views)

From Darkness
by Matthew Benefiel - Smashwords
Robert Drake did not think much of his father's attempt to sway his dreams of becoming an FBI agent, nor the hallucination that took place during that attempt. It was long behind him now and he was bound and determined to make his own way in life.
(6084 views)