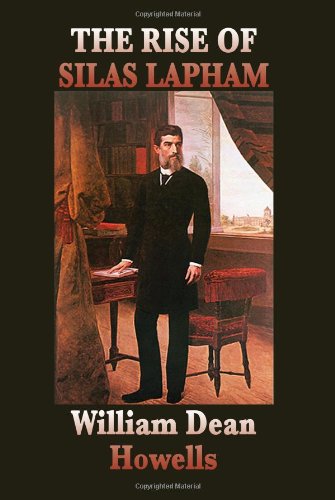 The Rise of Silas Lapham
by William Dean Howells

Description:
About the materialistic rise of Silas Lapham from rags to riches. Silas earns a fortune in the paint business, but he lacks social standards, and morals, which he tries to attain through his daughter's marriage to the aristocratic Corey family, and is successful. Silas's morality does not fail him.

Some Do Not...
by Ford Madox Ford - Duckworth and Co.
Christopher and Valentine are on the verge of becoming lovers until he must return to his WWI regiment. An unforgettable exploration of the tensions of a society confronting catastrophe, sexuality, power, madness, and violence.
(5624 views)

Agnes Grey
by Anne Brontë - Thomas Cautley Newby
Bronte's daring first novel was hailed as the most perfect prose narrative in English literature. Originally quite scandalous and drawing from the author's own life, this biting social commentary exposes the hardships of a governess's life.
(7589 views)

The Unlit Lamp
by Radclyffe Hall - eBooks@Adelaide
The story of Joan Ogden, a young girl who dreams of setting up a flat in London with her friend Elizabeth (a so-called Boston marriage) and studying to become a doctor, but feels trapped by her manipulative mother's emotional dependence on her.
(4297 views)