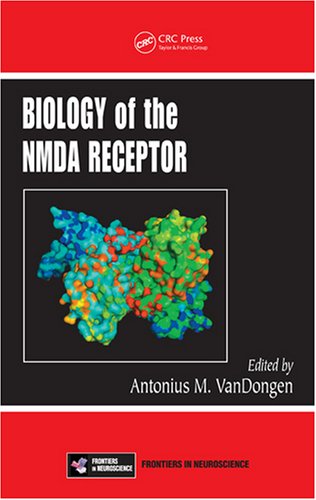 Biology of the NMDA Receptor
by Antonius M Van Dongen

Description:
This book covers many aspects of the biology of NMDARs: their role in controlling structure and function of synapses and neurons during early development; how overstimulation of NMDARs results in excitotoxicity and contributes to several progressive brain disorders, including Huntington’s disease; the newly discovered and intriguing interactions of NMDARs and dopamine receptors that mediate reward in the central nervous system.

The Physics of Hearing
by T. Reichenbach, A. J. Hudspeth - arXiv
To detect and process sound, the ear employs a highly nonlinear, adaptive, real-time spectral analyzer: the cochlea. Sound excites vibration of the eardrum and the three miniscule bones of the middle ear, the last of which acts as a piston ...
(4960 views)

Neurochemistry
by Thomas Heinbockel (ed.) - InTech
Neurochemistry studies the role of chemicals that build the nervous system, it explores the function of neurons in health and disease, it discovers aspects of cell metabolism and reveals how degenerative processes are at work in the nervous system.
(6021 views)

Facing the Other: Novel Theories and Methods in Face Perception Research
by Davide Rivolta, et al. - Frontiers Media SA
Humans possess the ability to recognise thousands of people very quickly without effort. The serious social difficulties that follow abnormalities of the face recognition system underline the importance of typical face skills in our everyday life.
(2819 views)

Tumors of the Central Nervous System: Primary and Secondary
by Lee Roy Morgan (ed.) - InTech
A novel concept that is discussed in the book alludes to the transport of drugs bound to red blood cells into the highly vascular CNS tumors - both primary and metastatic. Such a transport mechanism is unique and of significant therapeutic potential.
(6195 views)