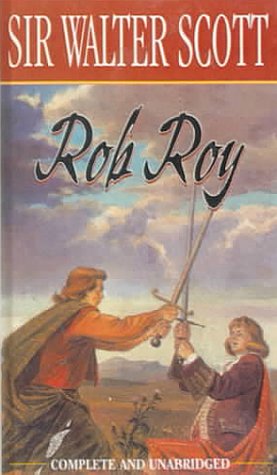 Description:
This novel, first published in 1817, achieved a huge success and helped establish the historical novel as a literary form. In rich prose and vivid description, Rob Roy follows the adventures of a businessman's son, Frank Osbaldistone, who is sent to Scotland and finds himself drawn to the powerful, enigmatic figure of Rob Roy MacGregor, the romantic outlaw who fights for justice and dignity for the Scots.

The Surgeon's Daughter
by Walter Scott
Scott wrote this novel in 1827, the first of his last six hard years as he struggled to solve the financial problems that had come to consume his life. The book is filled with drama and humor, while set in one of the most interesting times.
(4889 views)

Waverley
by Sir Walter Scott - Estes and Lauriat
Sir Walter Scott's first book is an 1814 historical novel, which was an astonishing success at the time. The text is an attempt at describing the Scottish landscape and the features of life during the Jacobite Rebellion of 1745.
(13683 views)

The Talisman
by Walter Scott
Set in the deserts around Syria and Palestine, Talisman is Walter Scott's classic tale of the Crusade. In Talisman, no one is who you think they are and if they are, and neither are they on the side you expect. It makes fascinating reading...
(4810 views)