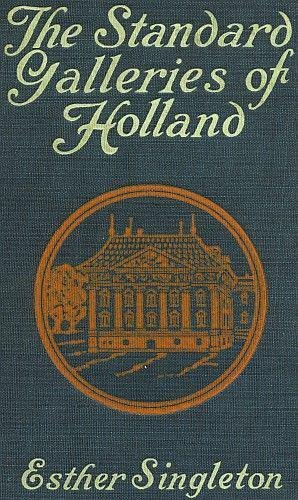 The Standard Galleries of Holland
by Esther Singleton

Description:
This guide leads the tourist rapidly through the most important picture-galleries of Holland, and points out the pictures that all the world talks about; and gives some account of the Dutch masters, their qualities and characteristics as exemplified in their works, there and elsewhere. It does not pretend to be exhaustive, and confines itself almost exclusively to the consideration of the examples of native schools.

Cathedral Cities of Spain: 60 reproductions from original water colours
by W. W. Collins
Probably the most interesting moments of the trip abroad by the architectural students are those spent in sketching bits of interest in water color. Nothing is so helpful, so reminiscent as these same notes of color when viewed in alter years.
(15545 views)

Great Masters in Painting: Rembrandt van Rijn
by Malcolm Bell - George Bell & Sons
Rembrandt van Rijn was a Dutch painter and etcher. He is generally considered one of the greatest painters and printmakers in European art history. His contributions to art came in a period that historians call the Dutch Golden Age.
(12134 views)

NetWorld!: What People are Really Doing on the Internet
by David H. Rothman - Prima Communications
The Net is revolutionizing the way millions of people work, learn, fall in love, create art, do business, make friends, and entertain themselves. Rothman explores this new electronic meeting place, as well as the controversy that threatens it ...
(6157 views)