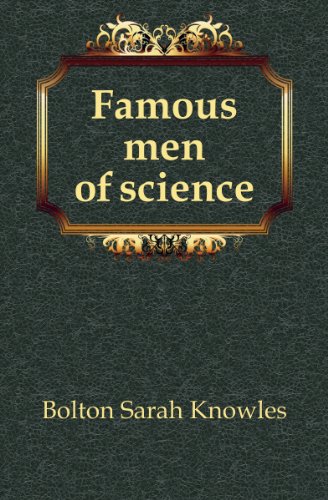 Description:
These sketches show how young men have overcome difficulties, sometimes poverty, sometimes illness; how they have made failures before finding their true vocation. They show the results of energy, perseverance, and untiring devotion; how a cheerful face and a hopeful spirit like Agassiz's, or a gentle and kindly nature like Darwin's, can win its way against opposition.

The Life of Sir Isaac Newton
by David Brewster - Harper & Brothers
Sir Isaac Newton has been placed at the head of those great men who have been the ornaments of their species. However imposing be the attributes with which time has invested the sages of antiquity, the brightness of their fame has been eclipsed...
(6602 views)

The Story of Euclid
by W. B. Frankland - George Newnes
Euclid was a Greek mathematician, often referred to as the 'Father of Geometry'. His Elements is one of the most influential works in the history of mathematics, serving as the main textbook for teaching mathematics until the early 20th century.
(10374 views)

Archimedes
by Thomas Little Heath
History and tradition know Archimedes almost exclusively as the inventor of a number of ingenious mechanical appliances. Few have any acquaintance with the details of the original discoveries in mathematics of the greatest mathematician of antiquity.
(5151 views)

The Art and Politics of Science
by Harold Varmus - W.W. Norton & Company
In this memoir, Varmus considers a life's work that includes the groundbreaking research that won him a Nobel Prize. Varmus shares his experiences from the trenches of politicized battlegrounds ranging from budget fights to stem cell research.
(3861 views)