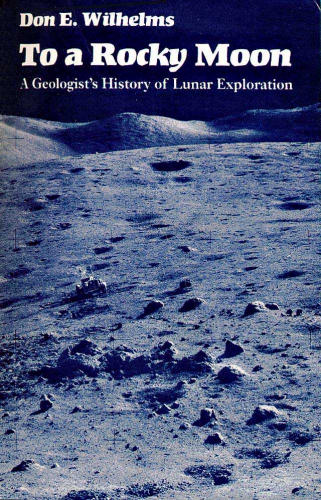 To a Rocky Moon: A Geologist's History of Lunar Exploration
by Don E. Wilhelms

Description:
Don Wilhelms was a member of the Apollo Scientific Team and the US Geological Survey. In this book he describes his role, along with his geologist colleagues, during the Apollo explorations of the Moon. In addition, he presents a brief history of the theories associated with the origin of the moon and its craters, the people and problems involved in the section of the Apollo landing sites, a discussion of the geological results obtained from each of the Apollo landing sites, and finally a summary of the findings from the Apollo missions and the development of a theory to explain the formation of the moon.

Consolidated Lunar Atlas
by Gerald P. Kuiper, et al. - Lunar and Planetary Institute
In the dawn of the Space Age, NASA undertook to find and assemble the very best images of the Moon it could find. In a project led by Gerard Kuiper, the best telescopic plates from observatories around the world were assembled into one compilation.
(10421 views)

Planetary Photometry
by Max Fairbairn
The text covers principles of planetary photometry: radiance and the equation of transfer, diffuse reflection and transmission, albedo, scattering and absorption, net flux and exitance, and a brief history of the Lommel-Seeliger law.
(11180 views)

Traces of Catastrophe
by Bevan M French - Lunar and Planetary Institute
A detailed introduction to impact processes, crater formation, and shock metamorphism. The book is intended for geoscientists of all kinds: students, professors and professional geologists who may encounter an impact structure in the field area.
(12061 views)