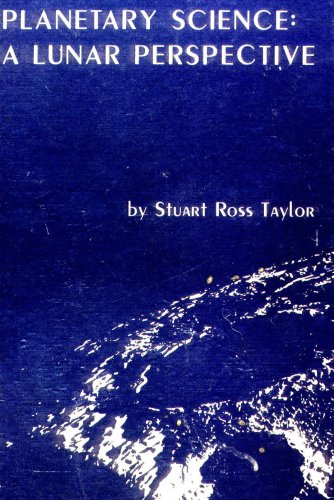 Description:
The technical triumph of manned landings on the Moon and the return of samples from the lunar surface has provided scientists with a unique opportunity to advance our understanding of the nature, evolution and origin of the solar system.

To a Rocky Moon: A Geologist's History of Lunar Exploration
by Don E. Wilhelms - University of Arizona Press
Don Wilhelms was a member of the Apollo Scientific Team. In this book he describes his role, along with his colleagues, during the Apollo explorations of the Moon. He presents a brief history of the theories associated with the origin of the moon.
(7070 views)

Mercury
by F. Vilas, C. Chapman, M. Matthews - University of Arizona Press
The book on the planet's origin, its metal-rich composition, its thermal and geophysical evolution, and its cratering history. These topics are complex and controversial, and this book contains a variety of new perspectives on them.
(10049 views)

Atomic and Molecular Processes in Astronomy and Planetary Science
by Geoffrey A. Blake - California Institute of Technology
This course discusses the fundamental aspects of atomic and molecular spectra that enable one to infer physical conditions in astronomical, planetary and terrestrial environments from the analysis of their electromagnetic radiation.
(10911 views)