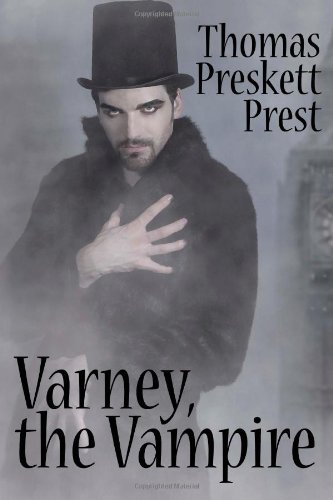 Description:
The following romance is collected from seemingly the most authentic sources, and the Author must leave the question of credibility entirely to his readers, not even thinking that he is peculiarly called upon to express his own opinion upon the subject. Nothing has been omitted in the life of the unhappy Varney, which could tend to throw a light upon his most extraordinary career, and the fact of his death just as it is here related, made a great noise at the time through Europe and is to be found in the public prints for the year 1713.

Frankenstein
by Mary Shelley - Sever, Francis, & Co.
The story of Frankenstein's monstrous creation has enthralled generations of readers and inspired countless writers of horror. Experience the sweeping force of the prose, the grotesque imagery, and the multilayered themes of Shelley's masterpiece.
(13254 views)

Butcher Bird
by Richard Kadrey - Night Shade Books
Spyder Lee is a happy man who owns a tattoo shop. One night a demon tries to bite his head off before he’s saved by a stranger. The demon infected Spyder so that he can suddenly see the world as it really is: full of angels, demons and monsters.
(12786 views)

Melmoth the Wanderer
by Charles Maturin
Part Faust, part Mephistopheles, Melmoth has made a satanic bargain for immortality. Now he wanders the earth, an outsider with an eerie, tortured existence, searching for someone who will take on his contract and release him to die a natural death.
(9917 views)