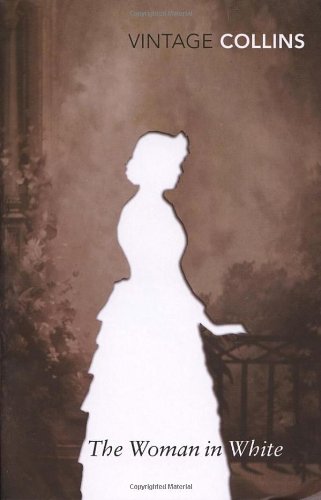 The Woman in White
by Wilkie Collins

Description:
This dramatic tale, inspired by an actual criminal case, is told through multiple narrators. Frederick Fairlie, a wealthy hypochondriac, hires virtuous Walter Hartright to tutor his beautiful niece and heiress, Laura, and her homely, courageous half-sister, Marian Halcombe. Although Hartright and Laura fall in love, she honors her late father's wish that she marry Sir Percival Glyde, a villain who plans to steal her inheritance.

The Dead Secret
by Wilkie Collins - Harper & Brothers
The Dead Secret grabs your heart until it is realized; then it lures the reader on again to discover if the secret exposed will be accepted in goodness for love and truth, or if the curse will destroy a family and their fortune ...
(4159 views)

Antonina, or, The Fall of Rome
by Wilkie Collins - Feedbooks
Young Antonia had the misfortune to live in interesting times -- the days when mighty Rome was brought low by the terror of the Goths, from the period of the march of the invaders over the Alps to the close of the first barbarian blockade of Rome.
(6073 views)

The Two Destinies
by Wilkie Collins - Chatto & Windus
Collins explores the themes of 'destined spirits' and supernatural visions. George and Mary are childhood sweethearts in Suffolk's Greenwater Broad. George's separates them by taking his family to America where he subsequently dies...
(3949 views)

The Dead Alive
by Wilkie Collins - Project Gutenberg
A novel written by Wilkie Collins based on the famous Boorn Brothers murder case. Jesse Boorn and Stephen Boorn were convicted of murdering a man who was later found alive. The case is the first documented wrongful murder conviction in US history.
(10152 views)