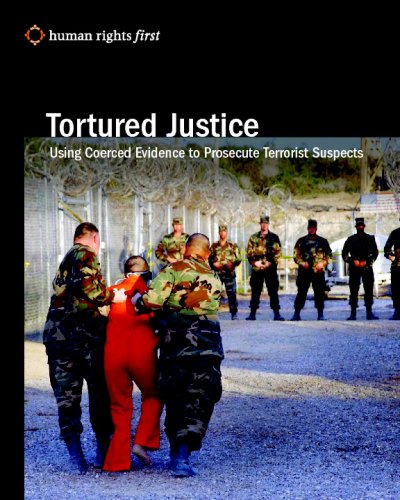 Description:
Tortured Justice finds the Bush Administration has undercut its own intended use of the military commission system at Guantanamo Bay by allowing the admission of coerced evidence. The report focuses on six Guantanamo prisoners who have alleged abuse while in custody, some of which has been documented by military investigations and detainee interrogation logs, and some of which has been publicly acknowledged by administration officials.

Freedom from Want: The Human Right to Adequate Food
by George Kent - Georgetown University Press
Worldwide hunger is best addressed as a human rights issue. Kent analyzes the current deplorable state of world hunger and malnutrition, demonstrating how governments, not food shortages or climates or famine, are to blame.
(14155 views)

Freedom of Information
by Toby Mendel - UNESCO
This book makes a significant contribution to the existing literature on freedom of information. It will be a valuable resource to the many people all over the world who wish to promote effective legal guarantees for the right to information.
(14209 views)

Palestinian Refugees: Challenges of Repatriation and Development
by Rex Brynen, Roula El Rifai - I. B. Tauris
This book explores the challenges which the return of refugees to a future Palestinian state would generate. The book addresses key practical questions, such as how the repatriation of refugees would affect the Palestinian economy.
(9875 views)