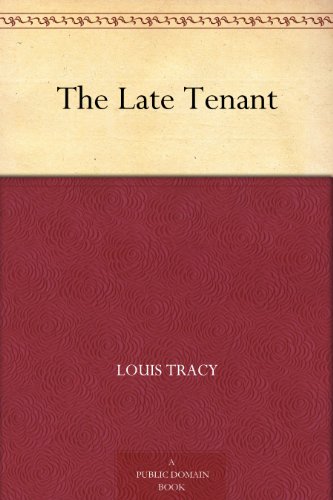 The Late Tenant
by Louis Tracy

Description:
London has a stony heart with wooden arteries, through which the stream of life rushes noisily. To ears tuned by the far-flung silence of the prairie this din of traffic was thunderous. To eyes trained by the smooth horizon it was bewildering to see a clear sky overhead and a sun sinking slowly, like a dim Chinese fire-balloon, into a compound of smoke and chimneys.

The Bartlett Mystery
by Louis Tracy - E.J. Clode
When Ronald Tower, one of New York's wealthy elite, is pulled into the river, it at first seems to be a simple case of robbery gone wrong. But as the case unfolds it proves to involve blackmail and political intrigue at the highest levels...
(4424 views)

The Day of Wrath: A Story of 1914
by Louis Tracy - Edward J. Clode
I wish to assure the reader that every incident in this book casting discredit on the invaders of Belgium is founded on actual fact. I refer those who may doubt the truth of this statement to the official records published by the Government.
(5062 views)

A Mysterious Disappearance
by Louis Tracy - Project Gutenberg
Lady Dyke was a strong-minded woman. There was no trace of doubt in the wrinkled brows and reflective eyes. She held back the curtains with her left hand, buttoning a glove at the wrist with the other. Fog or no fog, she would venture forth...
(6160 views)