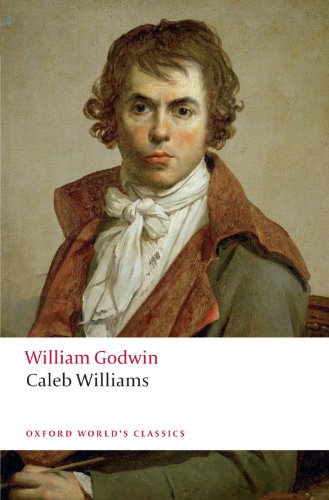 Description:
When honest young Caleb Williams comes to work as a secretary for Squire Falkland, he soon begins to suspect that his new master is hiding a secret. As he digs deeper into Falkland’s past and finally unearths the horrible truth, the results of his curiosity prove calamitous when -- even though Caleb has loyally sworn never to disclose what he has discovered -- the Squire enacts a cruel revenge.

Jimmie Higgins
by Upton Sinclair - ManyBooks
Jimmie Higgins is the fellow who does the hard work in the job of waking up the workers. Jimmie hates war -- all war -- and fights against it with heart and soul. But war comes, and Jimmie is drawn into it, whether he will or not.
(6671 views)

A Sicilian Romance
by Ann Radcliffe - Longman
On the northern shores of Sicily stands a lonely castle, the home of an aristocratic family. The marquis of Mazzini has remarried and gone away to live with his new wife, abandoning his two daughters to wander the labyrinthine corridors alone.
(5997 views)

The Unlit Lamp
by Radclyffe Hall - eBooks@Adelaide
The story of Joan Ogden, a young girl who dreams of setting up a flat in London with her friend Elizabeth (a so-called Boston marriage) and studying to become a doctor, but feels trapped by her manipulative mother's emotional dependence on her.
(5593 views)