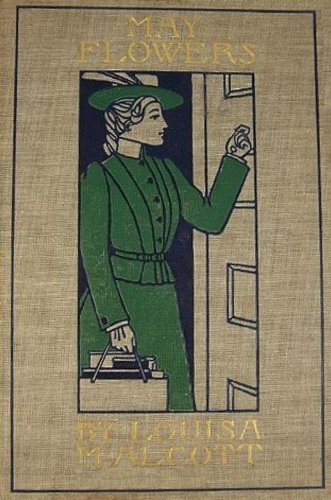 May Flowers
by Louisa May Alcott

Description:
Being Boston girls, of course they got up a club for mental improvement, and, as they were all descendants of the Pilgrim Fathers, they called it the May Flower Club. A very good name, and the six young girls who were members of it made a very pretty posy when they met together, once a week, to sew, and read well-chosen books.

Green Mansions: A Romance of the Tropical Forest
by William Henry Hudson
An exotic romance about a traveler to the Guyana jungle of southeastern Venezuela and his encounter with a forest dwelling girl named Rima. The author based the story on persistent rumors about a tribe of white people who lived in the mountains.
(6557 views)

Jane Eyre
by Charlotte Bronte - Harper & Brothers
Grown up as an orphan with her cruel aunt and at a charity school, Jane Eyre becomes an independent survivor. This powerful novel by Charlotte Bronte has dazzled generations of readers with its story of a woman's quest for freedom.
(14607 views)

Claimed
by K.R. Smith - Smashwords
Jessica is coming back from a camping trip in Alaska, when she meets the tall and handsome Flint. They chat in a bar during a rest stop, which ultimately changes the rest of her life. Imaginations run wild, in this supernatural, romance novella.
(6160 views)

Notwithstanding
by Mary Cholmondeley - John Murray
This smarter-than-average romance novel offers a twist on the standard boy-meets-girl formula, perhaps because author had resigned herself to the fate of old maid by the age of eighteen, believing that she had not the looks to ensnare a husband ...
(3296 views)