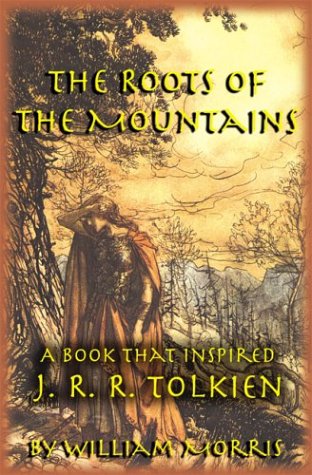 The Roots of the Mountains
by William Morris

Description:
Combining the ancient tales of northern Europe he loved so much with folk tales and writing them as a modern novel, William Morris (1834-1896) pioneered modern fantasy literature and influenced books such as J. R. R. Tolkien's The Lord of the Rings.

The Well At The World's End
by William Morris - Longmans, Green
King Peter's sons thirst for adventure and the King agrees that all except Ralph may go forth. But Ralph secretly makes his way to Wulstead, and here learns about the Well at the World's End, beginning a journey which will eventually lead him there.
(2854 views)

The Sundering Flood
by William Morris - eBooks@Adelaide
Morris unveils with a poetic command of the English language and a sure knowledge of the Medieval world a fantasy of courage and love -- of a hero with a magical sword, a land of dwarves, and a romantic divide, which is the flooding tide itself.
(4513 views)