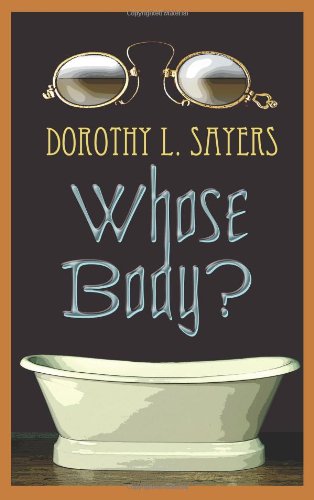 Whose Body?
by Dorothy Leigh Sayers

Description:
Lord Peter Wimsey investigates the sudden appearance of a naked body in the bath of an architect at the same time a noted financier goes missing under strange circumstances. As the case progresses it becomes clear that the two events are linked in some way.

Bicycle Shop Murder
by Robert Burton Robinson
Greg Tenorly is selected as a juror for a murder trial. By the end of the first week, three people connected with the case are dead, and Greg is beginning to fear for his own life. His investigation might earn him a spot at the top of the hit list.
(12840 views)

And Then There Were None
by Agatha Christie
First there were ten -- a curious assortment of guests on a private island off the coast of Devon. Their host is nowhere to be found. For each has been marked for murder. One by one they fall prey. And only the dead are above suspicion ...
(5522 views)

Two Billion Reasons to Kill???
by James McLaughlin - Smashwords
Burton James is at it again. Joining forces with Captain Patrick Murphy of the Chicago PD, the pair put their heads together to discover who murdered a Chicago area tycoon on the Fourth of July. The motive was obviously money ... or was it???
(7046 views)

An Exhibit of Madness
by Kerry J Charles - Smashwords
As chief curator of the Maine Museum of Art, Dulcie has just opened a new exhibit of Winslow Homer watercolors. It will be complete when the final work is bought. But when Dulcie discovers a body rather than the painting, she's a prime suspect ...
(4074 views)