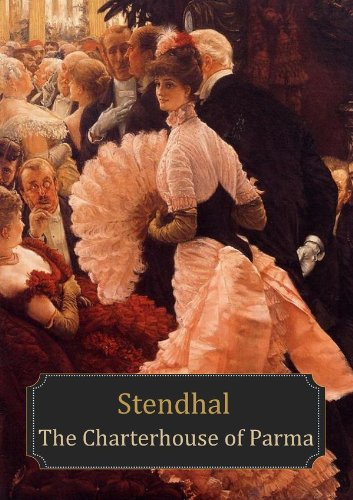 The Charterhouse of Parma
by Stendhal

Description:
The Charterhouse of Parma tells the story of the young Italian nobleman Fabrice del Dongo and his adventures from his birth in 1798 to his death in 1829. Fabrice's early years are spent in his family's castle on Lake Como, while most of the novel is set in a fictionalized Parma (both in modern-day Italy).

Resurrection
by Leo Tolstoy - Dodd, Mead
The story of a nobleman's attempt to redeem himself for the suffering his youthful philandering caused a peasant girl. Tolstoy's vision of redemption achieved through loving forgiveness, and his condemnation of violence dominate the novel.
(10225 views)

A Simple Soul
by Gustave Flaubert - eBooks@Adelaide
A story of one woman's apparently fruitless existence. The protagonist, a hardworking, good-hearted, poor and uneducated woman named Felicite, is said to have been modeled after a maid employed by Flaubert's family during his childhood.
(5463 views)

Royal Highness
by Thomas Mann - Grosset & Dunlap
'Royal Highness' is an early Mann work that might be an excellent introduction to those who are interested in his work. The novel is witty, the story flows naturally and it is much less sombre than many of his later works.
(5428 views)

Shining Star
by Pedro Alberto Vera - Lulu.com
A novel of Puerto Rican independence. On the last moments of a presidency, a lame duck president triggers what would become the end of the American presence in Puerto Rico. Unknown to the Americans, Puerto Rico has become oil-rich.
(7589 views)