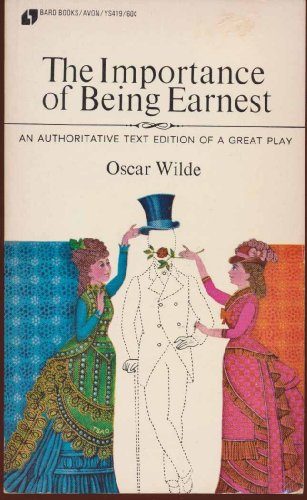 The Importance of Being Earnest
by Oscar Wilde

Description:
A farcical comedy in which the protagonists maintain fictitious personae in order to escape burdensome social obligations. Working within the social conventions of late Victorian London, the play's major themes are the triviality with which it treats institutions as serious as marriage, and the resulting satire of Victorian ways.

Major Barbara
by George Bernard Shaw - ManyBooks
Major Barbara is a three act play, one of Shaw's most Controversial works. An Officer of The Salvation Army, Major Barbara, becomes disillusioned when her Christian denomination accepts money from an armaments manufacturer and a whiskey distiller.
(6309 views)

Pygmalion
by George Bernard Shaw
An idealistic professor transforms an unsophisticated girl into a refined young lady in this classic drama set in turn-of-the-century London. The original story of Pygmalion is drawn from Greek mythology. This is a modern-day retelling of this myth.
(8409 views)

The Devil's Disciple
by George Bernard Shaw - ManyBooks
The play tells the story of Richard Dudgeon, a local outcast and self-proclaimed 'Devil's disciple'. In a twist characteristic of Shaw's love of paradox, Dudgeon sacrifices himself in a Christ-like gesture despite his professed Infernal allegiance.
(6863 views)

A Doll's House
by Henrik Ibsen - E. P. Dutton
A Doll's House was written in 1879. It's critical view of victorian marriage is now seen as being educational. This work is known for its unconventional ending, which ends in a discussion instead of an unraveling, which are common in most plays.
(12360 views)