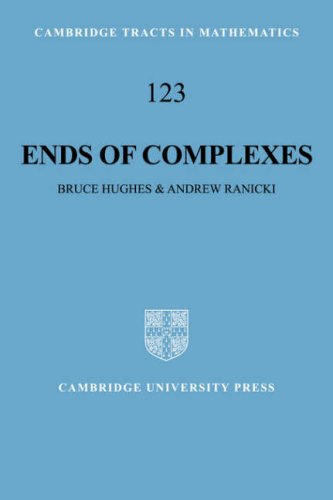 Description:
The book gathers together the main strands of the theory of ends of manifolds from the last thirty years and presents a unified and coherent treatment of them. It also contains authoritative expositions of certain topics in topology such as mapping tori and telescopes, often omitted from textbooks. It is thus simultaneously a research monograph and a useful reference.

The Geometry and Topology of Braid Groups
by Jenny Wilson - University of Michigan
Contents: Five definitions of the braid group; The topology of Fn(C); The integral cohomology of the pure braid group; Generalizations of PBn and their cohomology; Transfer and twisted coefficients; Stability in the cohomology of braid groups; etc.
(1982 views)

A Primer on Mapping Class Groups
by Benson Farb, Dan Margalit - Princeton University Press
Our goal in this book is to explain as many important theorems, examples, and techniques as possible, as quickly and directly as possible, while at the same time giving (nearly) full details and keeping the text (nearly) selfcontained.
(8320 views)