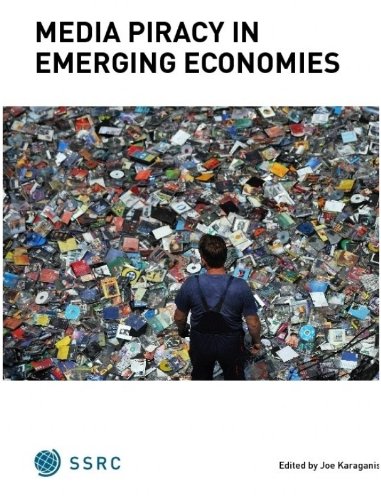 Description:
Media Piracy in Emerging Economies is the first independent, large-scale study of music, film and software piracy in emerging economies, with a focus on Brazil, India, Russia, South Africa, Mexico and Bolivia. The report argues that the problem of piracy is better conceived as a failure of affordable access to media in legal markets.

Audiovisions : Cinema and Television as Entr'actes in History
by Siegfried Zielinski - Amsterdam University Press
The book reconstructs the genesis of cinema and television as historically relative cultural forms, focussing on the interaction between the apparatus and its uses. It is also a plea for 'staying power' in studies of cultural technology of film.
(4767 views)

Mobile Screens: The Visual Regime of Navigation
by Nanna Verhoeff - Amsterdam University Press
This book is a must for anybody interested in visual culture and media theory. It offers a theoretical account of the central dimension of our contemporary existence -- interfacing and navigating data and physical world through a variety of screens.
(3209 views)

Broadcasting, Voice, and Accountability
by Steve Buckley, et al. - World Bank Publications
This book provides development practitioners with a wide overview of the key policy and regulatory issues involved in supporting freedom of information and expression and enabling development of a pluralistic and independent broadcasting sector.
(7871 views)