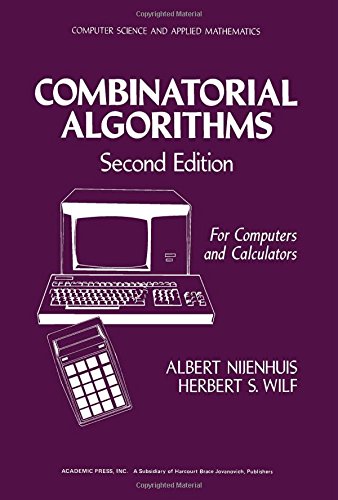 Description:
The book is a collection of mathematical algorithms with many new and interesting examples in this second edition. The authors tried to place in the reader's hands a kit of building blocks with which the reader can construct more elaborate structures.

Combinatory Analysis
by Percy A. MacMahon - Cambridge University Press
The object of this work is to present an account of theorems in combinatory analysis which are of a perfectly general character, and to shew the connexion between them by as far as possible bringing them together as parts of a general doctrine ...
(3846 views)