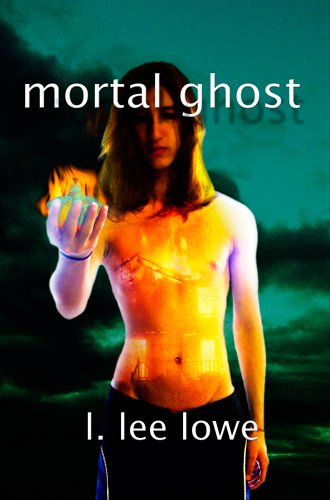 Description:
It's a fiery hot summer, and sixteen-year-old Jesse Wright is on the run. An oddly gifted boy, he arrives in a new city where the direction of his life is about to change. He's hungry and lonely and desperate - and beset by visions of a stranger who is being brutally tortured.

The Demon Girl
by Penelope Fletcher - ManyBooks
Rae Wilder has problems. Supernatural creatures swarm the earth, and humanity is on the brink of extinction. Stalked by a fairy who claims she is like him, demonkind, Rae thinks maybe it was a mistake breaking the rules by going over the Wall ...
(7879 views)

Veiled Eyes
by C.L. Bevill - Smashwords
Anna always wondered who she was; an orphan or abandoned child. As she travels to New Orleans she quickly realizes that the dreams she's had of a strangely attractive man are very real and that he has a strong psychic connection to her.
(6819 views)

Entropic Quest
by Tom Lichtenberg, John Lichtenberg - Feedbooks
Four people are selected, seemingly at random, by an invisible being who communicates to them through wild animals. They are told they must go somewhere, find something, take it somewhere and do something with it. This is all they know.
(6359 views)

Witch Myth: A Yew Hollow Christmas
by Alexandria Clarke - Smashwords
Noelle loves Christmas but everything goes terribly wrong when someone casts a spell that makes every day a holiday. Noelle must find a way to reverse the mistake before Yew Hollow's festive cheer attracts the attention of dangerous magical visitors.
(2643 views)