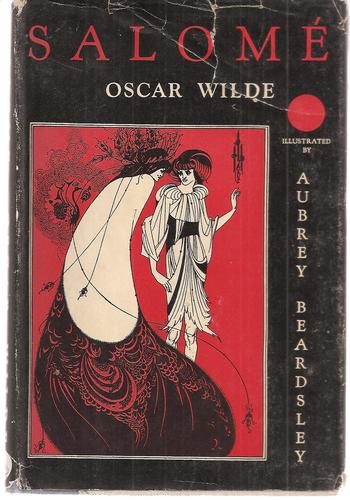 Salome: A Tragedy in one act
by Oscar Wilde

Description:
The play tells in one act the Biblical story of Salome, stepdaughter of the tetrarch Herod Antipas, who, to her stepfather's dismay but to the delight of her mother Herodias, requests the head of Jokanaan (John the Baptist) on a silver platter as a reward for dancing the dance of the seven veils.

A Woman of No Importance
by Oscar Wilde - Methuen & Co.
The play premiered in 1893 at London's Haymarket Theatre. It is a testimony of Wilde's wit and his brand of dark comedy. It looks in particular at English upper class society and has been reproduced on stages in Europe and America since his death.
(4005 views)

Collected Poems of Oscar Wilde
by Oscar Wilde - eBooks@Adelaide
Wilde, more famous as a playwright or prisoner than as a poet, invites readers to meet an unknown and intimate figure. The poetry of his formative years includes the elegy to his young sister and the grieving lyric at the death of his father.
(11184 views)

The Importance of Being Earnest
by Oscar Wilde - Project Gutenberg
Farcical comedy in which the protagonists maintain fictitious personae in order to escape social obligations. Working within the social conventions of late Victorian London, the play's major theme is the triviality with which it treats institutions.
(6791 views)

Lord Arthur Savile's Crime, and other stories
by Oscar Wilde - eBooks@Adelaide
This book revolves around the differences between people of various cultures and social classes. The motif of the sanctity and the priority of duty are common themes to all the stories. The book brings out Wilde's fascination with the supernatural.
(9136 views)