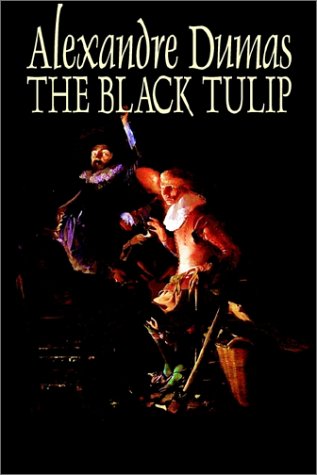 The Black Tulip
by Alexandre Dumas

Description:
The story begins with a historical event -- the 1672 lynching of the Dutch Grand Pensionary Johan de Witt and his brother Cornelis, by a wild mob of their own countrymen -- considered by many as one of the most painful episodes in Dutch history, described by Dumas with a dramatic intensity. The main plot line, involving fictional characters, takes place in the following eighteen months; only gradually does the reader understand its connection with the killing of the de Witt brothers.

The Count of Monte Cristo
by Alexandre Dumas pere - Project Gutenberg
The hero of this romantic novel, Edmond Dantes, is a young sailor who is unjustly accused and sentenced to life imprisonment in a French island fortress. After 14 years, Dantes makes a daring escape by taking the place of a dead companion.
(12074 views)

The Corsican Brothers
by Alexandre Dumas - G. Routledge
This short novel by Alexandre Dumas was originally published in 1844. The narrator of the story is Dumas himself. The well-crafted story, inviting atmosphere, and camaraderie among the characters provides for a pleasant and amusing read.
(3649 views)

The Conspirators: or, The Chevalier d'Harmental
by Alexandre Dumas - Peter Fenelon Collier
On the 22d of March, in the year of 1718, a young cavalier of high bearing, about twenty-six or twenty-eight years of age, mounted on a pure-bred Spanish charger, was waiting, toward eight o'clock in the morning, at that end of the Pont Neuf...
(3893 views)

Twenty Years After
by Alexandre Dumas - ManyBooks
Two decades have passed since the musketeers triumphed over Cardinal Richelieu and Milady. The fantastic adventures of the Three Musketeers continue - starting with an intrigue surrounding D'Artagnan who has, for twenty years, remained a lieutenant.
(5154 views)