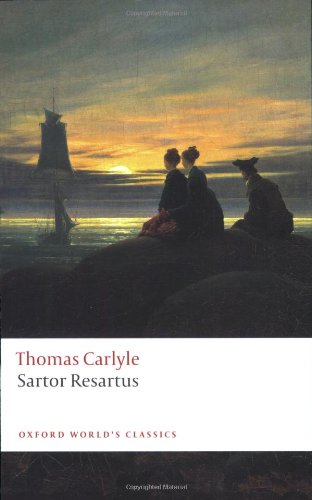 Description:
Sartor Resartus ('The Tailor Retailored') is ostensibly an introduction to a strange history of clothing by the German Professor of Things in General, Diogenes Teufelsdrockh; its deeper concerns are social injustice, the right way of living in the world, and the large questions of faith and understanding.

The Tower of Oblivion
by Oliver Onions - The Macmillan Company
An extravaganza based on the juvenating gland and its endless possibilities. A novel of topsy-turviness in man's aging process, so original in its conception that it would be a pity to summarize it for you - written with distinction of manner.
(5662 views)

Last Post
by Ford Madox Ford - Duckworth
Novel is set on a single post-war summer's day. Through their differing perspectives, Ford explores the tensions between his characters in a changing world, haunted by the experience of war, facing an insecure future for themselves and for England.
(7095 views)