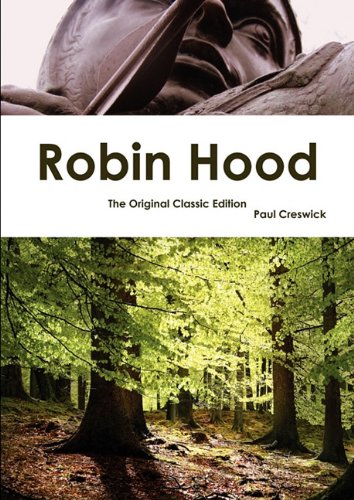 Description:
This is the classic story of the life and adventures of Robin Hood, who, with his band of followers, lived as an outlaw in Sherwood Forest dedicated to fighting tyranny. Robin Hood, champion of the poor and oppressed, stands against the cruel power of Prince John and the brutal Sheriff of Nottingham. Taking refuge in the vast Sherwood Forest with his band of men, he remains determined to outwit his enemies.

The Great Airship
by F. S. Brereton - Blackie & Son ltd.
From those cold and forbidding Antarctic regions the airship rushed towards sunnier climes, and was very soon over Cape Horn. Thence she traced the whole length of South America, passing over the Pacific coast of that enormous continent ...
(3712 views)

Northern Diamonds
by Frank Lillie Pollock - The Riverside Press Cambridge
They awoke from uneasy slumbers to find the train rushing through a desolate landscape of snowy spruces. Through the frosted double glass of the windows the morning looked clear and cold, and glimpses of rivers and lakes showed clear, shining ice.
(5164 views)

Under the Andes
by Rex Stout - ManyBooks
This early novel by Rex Stout follows two men and a woman on a vacation in the Andes .. a vacation which takes them to a lost world beneath the mountains! This novel is a scientific romance of the pulp adventure variety.
(5384 views)

The Man Who Lost Himself
by Henry de Vere Stacpoole - John Lane Co.
John Evans encounters his look alike, Malcolm Scott. When Scott is killed in an accident, Evans finds himself mistaken for Scott and decides to do some good in his new role... A novel with twists, turns, mystery and a sense of adventure.
(3969 views)