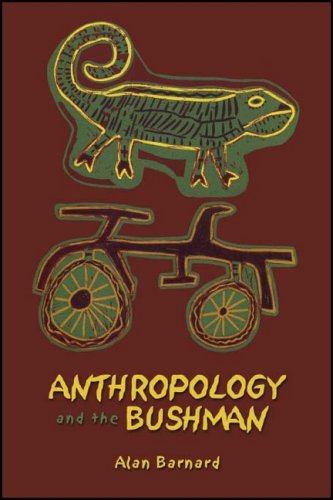 Anthropology and the Bushman
by Alan Barnard

Description:
Anthropology and the Bushman covers early travelers and settlers, classic nineteenth and twentieth-century ethnographers, North American and Japanese ecological traditions, the approaches of African ethnographers, and recent work on advocacy and social development. It reveals the impact of Bushman studies on anthropology and on the public.

The Origin of Man and of his Superstitions
by Carveth Read - University Press
In its first part the book explains a hypothesis that the human race has descended from some ape-like stock by a series of changes which began and, until recently, were maintained by the practice of hunting in pack for animal food.
(14109 views)

The Human Race
by Louis Figuier - D. Appleton & co.
The different races which originate in one species, the primitive type having been modified by the operation of climate, food, intermixture and local customs, differ to a marvellous extent, in their outward appearance, colour and physiognomy ...
(5816 views)