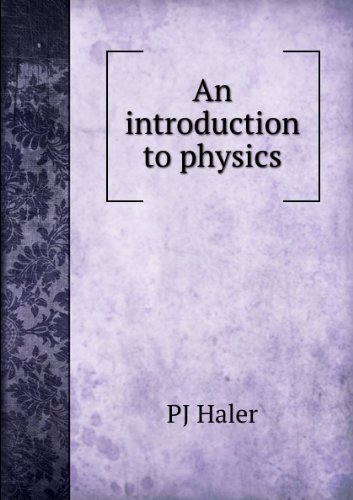 An Introduction to Physics
by P.J. Haler

Description:
In the following pages a scheme of the subject is developed, which forms a two-year course when two or three hours a week are devoted to the subject. The portions of Physics usually treated under Applied Mechanics and Electricity have been purposely omitted.

Problems and Questions in Physics
by C.P. Matthews, J.S. Shearer - The Macmillan Company
A numerical example in Physics serves a manifold purpose. It takes the mathematical expression of a physical law out of the realm of mere abstraction, by emphasizing the connection between such a law and the phenomena of daily observation.
(8152 views)

Practical Physics
by R. A. Millikan, H. G. Gale, W. R. Pyle - Ginn & Company
The chief aim of this book in all of its editions has been to present elementary physics in such a way as to stimulate the pupil to do some thinking on his own account about the hows and whys of the physical world in which he lives.
(15370 views)