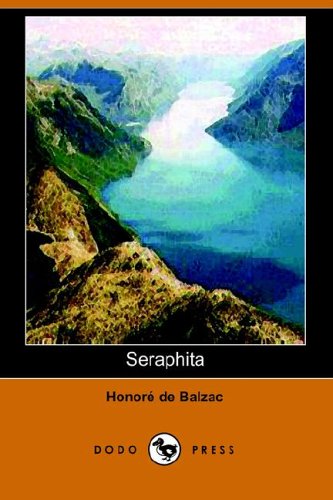 Description:
The work plunges into the fantastic and the supernatural self (a genre that Balzac always approached with success). In a castle in Norway near the fjord Stromfjord, Seraphitus, a strange and melancholic being, conceals a terrible secret ...

A Start in Life
by Honore de Balzac - Roberts brothers
A Start in Life contains many comic moments of a young man's adventures starting out in life as he falls prey to temptations and practical jokes. By the French author, who is generally regarded as a founding-father of realism in European fiction.
(3467 views)

A Second Home
by Honore de Balzac
The Rue du Tourniquet-Saint-Jean, formerly one of the darkest and most tortuous of the streets about the Hotel de Ville, zigzagged round the little gardens of the Paris Prefecture, and ended at the Rue Martroi, exactly at the angle of an old wall...
(3413 views)

Scenes from a Courtesan's Life
by Honore de Balzac - Avil Publishing Company
In 1824, at the last opera ball of the season, several masks were struck by the beauty of a youth who was wandering about the passages and greenroom with the air of a man in search of a woman kept at home by unexpected circumstances ...
(3605 views)

Colonel Chabert
by Honore de Balzac - Feedbooks
In this novel Balzac juxtaposes two world-views: the Napoleonic value-system, founded on honour and military valour; and that of the Restoration. All that matters in the modern era is social rank based upon the possession of money.
(3737 views)