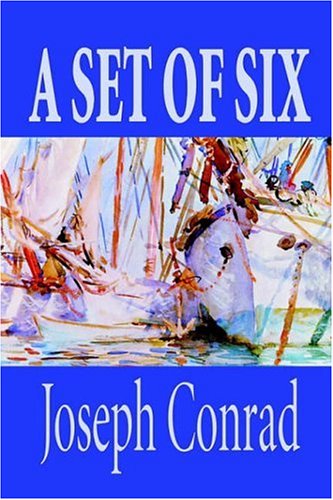 A Set of Six
by Joseph Conrad

Description:
The six stories in this volume are the result of some three or four years of occasional work. The dates of their writing are far apart, their origins are various. None of them are connected directly with personal experiences...

An Outcast of the Islands
by Joseph Conrad
Conrad's second novel is a tale of intrigue in an eastern setting. A parable of human frailty, with love and death the major players, this is a story of a man unable to understand others and fated never to possess his own soul.
(6367 views)

The Rescue: A Romance of the Shallows
by Joseph Conrad - J. M. Dent
Captain Tom Lingard comes to the rescue of an English yacht that has foundered in the shallows just as war is about to break out between Malay tribes. Tom has war supplies including gunpowder stored in his own boat that has been turned into a fort.
(7665 views)

The Secret Sharer
by Joseph Conrad - Harper's Magazine
The story taking place at sea, is told from the perspective of a young sea captain. Not knowing his crew ahead of time except for the previous night, he struggles to see if he can life up to the authority role that is a must among captains.
(5638 views)

The Shadow Line: A Confession
by Joseph Conrad - Doubleday, Page & Co
A novel by Joseph Conrad, one of his later works, being published in 1917. The story depicts the development of a young man upon taking a boat captaincy in the Orient, with the shadow-line of the title representing the threshold of this development.
(7600 views)