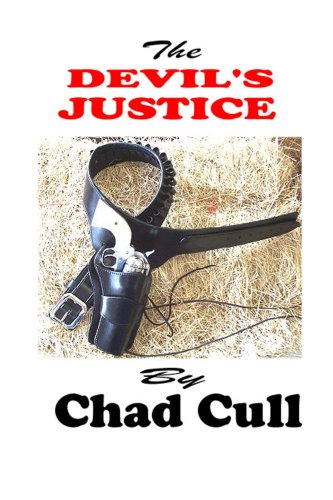 The Devil's Justice
by Chad Cull

Description:
Vengeance is the Devil's Justice! When Jace Carlin's family is killed by drunken marauders, he goes on a quest for vengeance until he settles the score. With his mission complete, he finds no satisfaction in what he has done. He is alone and haunted by the violence and killing he has left behind him. When a brewing range war draws him into taking sides, he once again takes up his gun to kill.

The Rider of Golden Bar
by William Patterson White - ManyBooks
Spirited story, full of action, which should please readers of western fiction. The hero, who is elected sheriff on the supposition that he is lazy and easy-going, proves an unpleasant surprise to the corrupt ring that had supported him.
(7807 views)

The Mark of Zorro
by Johnston McCulley - Grosset & Dunlap
Novel narrates the adventures of a young man of the Californian aristocracy called Don Diego De la Vega, a young nobleman, son of a Spanish landowner, who lived in the then town of Los Angeles, in old Spanish California of the early 1800s.
(535 views)

Alcatraz, the Wild Stallion
by Max Brand - Project Gutenberg
But the longer she looked the more she saw. The very leanness of Alcatraz made it easier to trace his running-muscles; she estimated, too, the ample girth at the cinches where size means wind. And that's Alcatraz? she murmured.
(7454 views)

Gold
by Stewart Edward White - Doubleday, Page & Company
I decided to join the gold rush to California in the year 1849. It was in the air; and I was then of a romantic and adventurous disposition. The land was infinitely remote; and then, as now, romance increases as the square of the distance.
(7535 views)